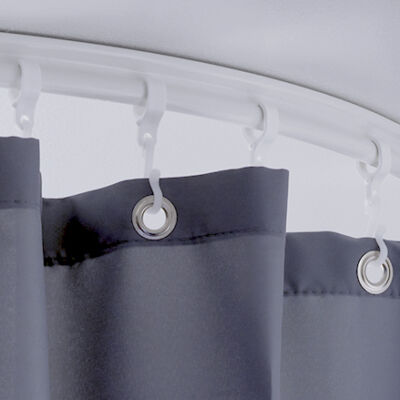 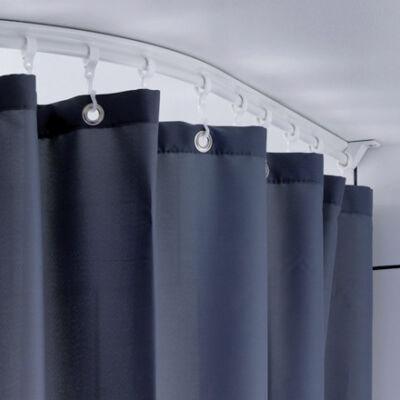 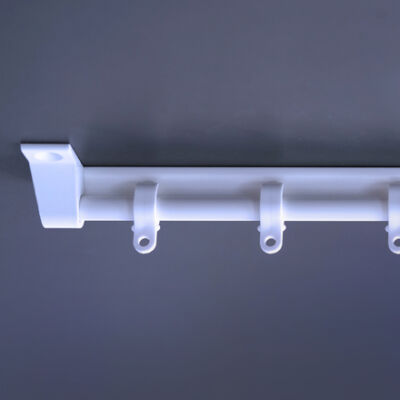 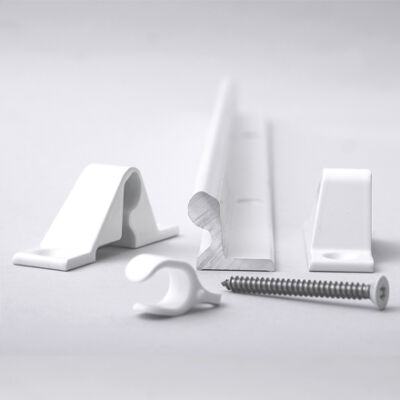 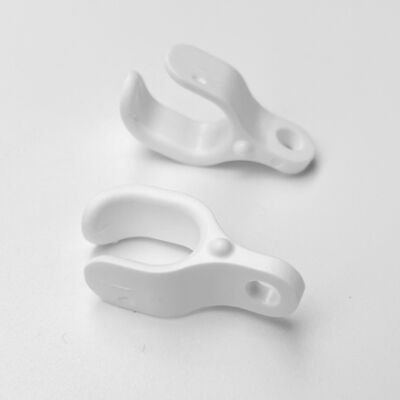 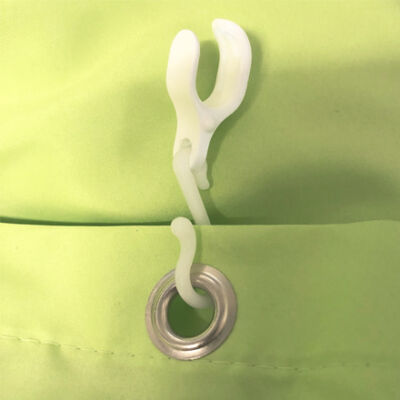 A room becomes more attractive with curtains
Offering the possibility to design an interior with curtains not only creates a less institutional environment, it also allows control of daylight – an important factor for autonomy. Curtains also contribute with colour and improved acoustics. The self-harm and suicide resistant curtain rail has a patented and unique design. It is developed to meet challenges in mental health and similar environments to foster a caring, safe and healing environment. (Last image: Eylet hook is a small S-shaped plastic hook connecting the curtain with the shower curtain.)

The rail’s patented design resists the attachment of a ligature, unlike ordinary rails where the U-shaped profile offers a cavity to fasten a ligature. The robust rail is mounted securely to the wall, which prevents it from detaching and used for self-harm or as a weapon.

The curtain hangs from the rail with specially designed runners/gliders that release when heavier weight is applied. The weight needed for the curtain runners to release is in relationship to the weight of the curtain itself and the number of runners. Tested at RISE/SP in Sweden.

The curtain rail is designed, developed and produced in Sweden by HealSafe Interiör and is offered in three versions: a wall mounted, a ceiling mounted and a 90 degree shower rail.

Don’t forget to add these accessories to your quote request.